Today is a public holiday in the Republic of Mali known as Martyrs' Day or, alternatively Democracy Day. It commemorates the 1991 coup that set the stage for multiparty democracy in the country.

Mali proclaimed its independence in 1960 and Modibo Keïta was the first president. In 1968, he was kicked out in a bloodless coup orchestrated by a group of young military officers. One of them, Moussa Traoré, became the new president of Mali. A new constitution declaring Mali as a one-party state in 1974. Traoré's political party, the Democratic Union of the Malian People, was created to validate the military junta, but was the only legal party in the country.

His rule was brutal and suppressed all anti-government activities, until around 1990 when the opposition movement began to gain strength. In 1991, students and government workers together started an anti-government riot in March. During this rioting, the government slew about 300 of the protestors—the Martyrs commemorated

On March 26, 1991, Traoré was arrested by a group of military officers, led by Amadou Toumani Touré. This event marked the beginning of democratic reforms in the country. Its anniversary was declared a public holiday. On this day, Malians celebrate democracy and mourn for those who gave their lives, struggling for democracy. 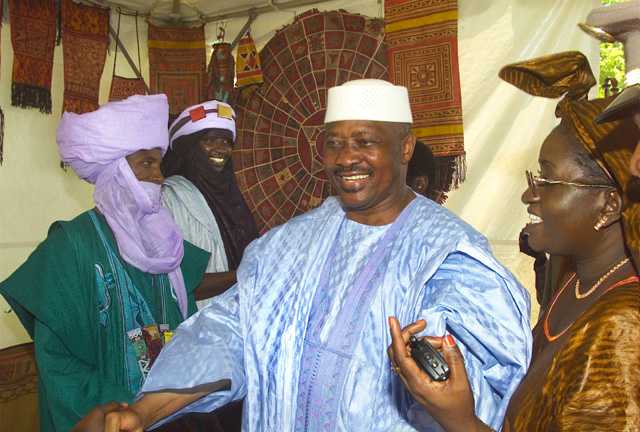 Amadou Toumani Touré was born in the Mopti region of Mali, so we will play (the only) rhythm from the Mopti region that I have info on. The rhythm is called Sogolon. Here are the basic parts: