And here we have another festival based on awesome mythology! Ghode Jatra translates as horse parade and takes place at Tundikhel, in Kathmandu.

Legend has it that there was a demon named Tundi who had terrorized people for a long time until one day he was slain. The people celebrated by riding horses over his body. He is still held to be a threat to the city, however, and it is believed that the racket of the horses' hooves during the festival keeps the demon's sprit at bay. The louder and faster the horses run, the faster the demon's spirit will submit; thus the horse races and all the acrobatics. 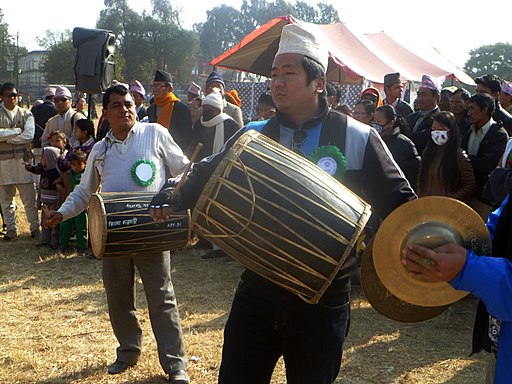 Huge crowds gather to watch but are not allowed to enter the race area. The army also seizes the opportunity and paratroopers drop down from low-flying planes overhead.

Here are some drum patterns from chanting during the Ghode Yatra festival: