Roy Owen Haynes is an American jazz drummer and one of the most recorded drummers in jazz. In a more than 70 year career lasting he has played swing, bebop, jazz fusion and avant-garde. He earned the totally boss and utterly credentializing nickname Snap Crackle in the 1950s. That right there is kind of credentializing.

He made his professional debut in 1944 in his native Boston and went full-time pro a year later. The artists he worked in the following years form a who's who of innovative jazz artists:

2016: At 91, Haynes drummed on The Late Show with Stephen Colbert, accompanied by Jon Batiste and the band Stay Human.

Throughout his career Haynes created drum and cymbal patterns—especially cymbals!—in an idiosyncratic and personally recognizable style. Haynes brought cymbals to the forefront of his style. This and his rapid-fire, crisp style on the snare drum earned him the nickname Snap Crackle. 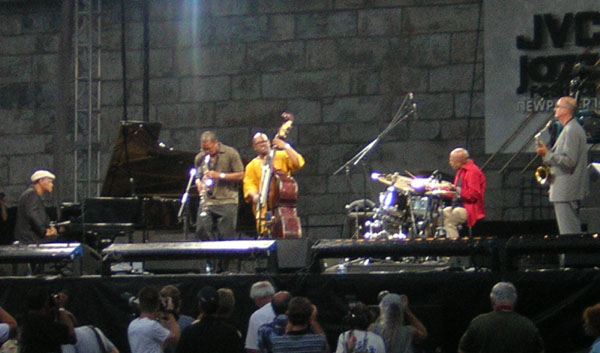 We are going to play some Dunun adaptations from his epic performance of Bad News Blues: