Liberia is a nation which was settled beginning in 1822 by African Americans, including free men and also formerly enslaved. Decorations Day in Liberia has a fascinating history as it is believed that the current customs have their origins in Appalachian practices! On this day the graves of one's ancestors are cleaned and maintained, decorated with flowers, and often a family reunion is held in the cemetery. 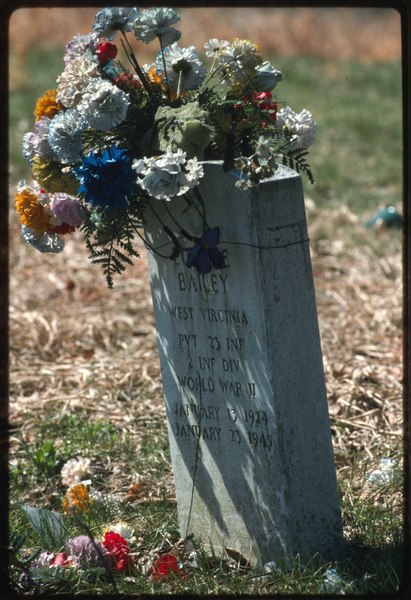 Tombstone in a small, traditional Appalachian cemetery. The grave has been "cleaned" and "decorated" as part of a Decoration Day ritual.
(Lyntha Scott Eiler/Public domain)

According to scholars Alan and Karen Jabbour,

"the geographic spread [of Decorations Day customs] from the Smokies to northeastern Texas and Liberia, offer strong evidence that the southern Decoration Day originated well back in the nineteenth century. The presence of the same cultural tradition throughout the Upland South argues for the age of the tradition, which was carried westward (and eastward to Africa) by nineteenth-century migration and has survived in essentially the same form till the present." It was designated a national holiday in Liberia on the second Wednesday every March starting in 1916. The notion of caring for the ancestor's graves as a way of maintaining their favor is a very African idea, as is the idea that failing to fulfill this obligation to the dead could bring bad luck to the living.

To celebrate this day we are going to play parts of the Liberian welcoming rhythm Funga, notated directly from babatunde Olatunji's performances.