Mongolia has had a challenging political history. Sandwiched as it is between China and Russia, Mongolia has been the target of both superpowers' ambitions to hold the country as a colony and—as colonial superpowers are wont to do—extract their resources. Mongolia was long under the thumb of Chinese rule, but the last century has been devoted to seeking real Independence.

The National Revolution in 1911 ended a Chinese Qing dynasty rule which had been enforced for about three centuries. Mongolia established a theocratic government with a Bogd Khan who assumed the same symbolic and political powers of the Qing emperors in the past. The country sought international recognition; during this time, however, China refused full recognition, as did Russia—which was opposed to restoring Chinese sovereignty as well. (The Game of Thrones style crap colonial politics goes on and on even after the revolutions; you can read a more detailed summary here.)

To have enough leverage to try to get away from Chinese attempts to rule, Mongolia's first political party, the Mongolian People's Party, was formed officially on March 1st in 1921 and finally established the de facto independence of Mongolia, but this required Soviet support. 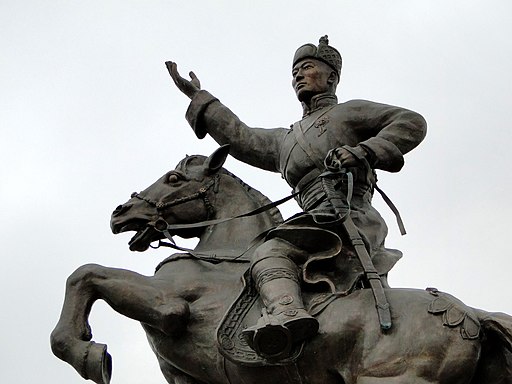 The Soviet Intervention ran from 1921 to 1924, and the Soviets remained very involved with Outer Mongolia, but China retained control over Inner Mongolia. Things continued this way until there the first multi-party elections were held, and the Mongolian People's Revolutionary Party took power. By 1992 the Soviets had withdrawn all troops and assistance.

The subsequent foreign policy of Mongolia remains one of walking the fine line between the superpowers North and South:

"Maintaining friendly relations with the Russian Federation and the People's Republic of China shall be a priority of Mongolia's foreign policy activity. It shall not adopt the line of either country but shall maintain in principle a balanced relationship with both of them and shall promote all-round good neighborly co-operation." 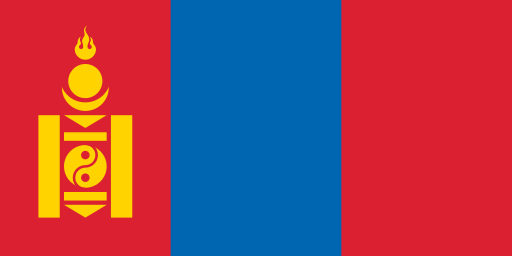 Throughout all this, the Mongolian people have retained their culture, including their Shamanic drumming practices. Check out the following video for a choreographed traditional rain dance with shamanic drums and rattles (and check out the triangle drums!)

For today's rhythms we are going to work with several of the call and response patterns (between the drums and the rattles) in the introduction from this Tsaatan tribe rain dance. The drums and rattles are separate players; we have notated them together on a single line for convenience: