This is the 2nd Martyr's Day in the Congo. Patrice Lumumba was the first Prime Minister of the "free" Congo, and was fiercely proud of independance and knew that Colonial depredation was not over. At the very first Independence Day celebration he reminded the audience that independence had not been granted magnanimously by Belgium:

"For this independence . . . has been won, a day-to-day fight, an ardent and idealistic fight, a fight in which we were spared neither privation nor suffering, and for which we gave our strength and our blood. We are proud of this struggle, of tears, of fire, and of blood, to the depths of our being, for it was a noble and just struggle, and indispensable to put an end to the humiliating slavery which was imposed upon us by force." 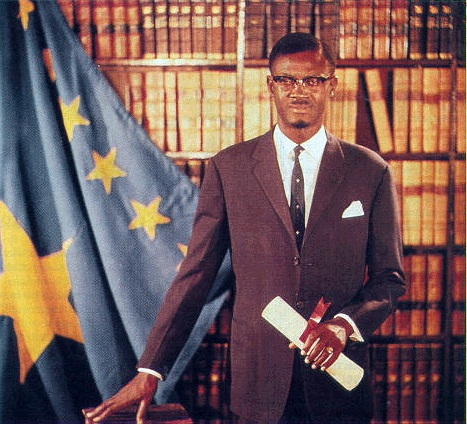 The Western media lashed out at Lumumba for this honesty and eventually, during the Congo Crisis, he was captured and tortured, with "logistical support" from the United States and Belgium, and executed by firing squad. He is still honored this day every year as a Martyr in the DRC.

Lumumba was of the Batetela ethnic group, as are the following parts from the  Tetela rhythm.