Also known as the Berber or Amazigh New Year, Yennayer is the first day of their agricultural calendar, which has been used for millennia. The Berber are indigenous inhabitants of most of North Africa extending as far South as parts of Mali and Burkina Faso. Yennayer is a festival of light. In traditional Berber belief it is during the month of Yennayer that the Supreme Sovereign turned darkness into light. It is a time for asking for forgiveness for any transgressions and to strengthen the link to our families.

For the Berber, light includes happiness, joy of life, wisdom, righteousness, knowledge, and democracy. On Yennayer there is a special feast, which welcomes the benevolent spirits in Berber belief, and is believed to promote happiness, prosperity and longevity. These New Year's blessings are extended to each family member in a household, then to pets and livestock, and finally even tarwest (nature and the environment) is blessed with the light of happiness.

The Tifinagh letter yaẓ Means "free men" (Amazigh)
in the Berber language; this is featured on
the Berber flag: 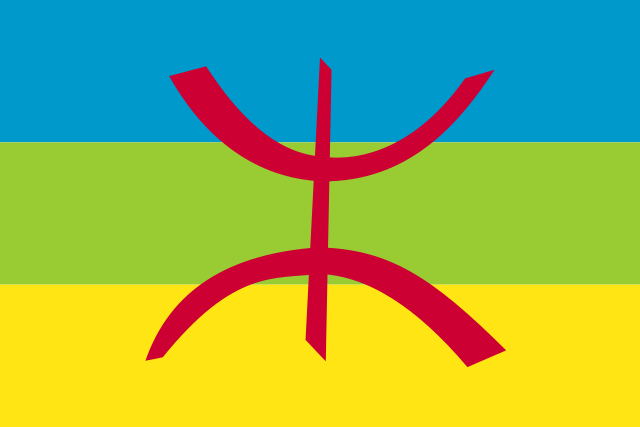