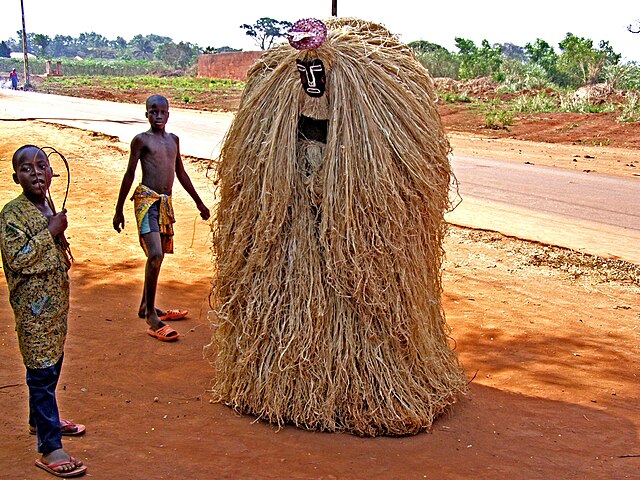 This is the day of the Ouidah Voodoo Festival in Benin, Africa. In 1996, Vodou was recognized by the government as an offiocial religion (a good call since about 60% of the population practices Vodou). One popular feature are the outrageously costumed Zangbeto. They are known as the "Nightwatchmen" and are "guardians of the night" in the Yoruba Vodun religion.

The Zangbeto originated as a protective force to scare off enemies who approached at night; they have evolved into an unofficial police force catching criminals in the community. The Zangbeto are held to be able to enter a trance, allowing spirits who have knowledge of the actions of men to inhabit them.

Their procession is often accompanied by a complex bell orchestration. Here are some foundational patterns from footage of these processions. Note: these rhythms are often played FAST! Practice them at your speed, but with a mind to gradually upping the tempo: