Spring is all about demons, right? The Oni (demons) are present for the Japanese beginning of Spring, Setsubun (also called Rissun).

It is known as the "bean-throwing" festival; the Oni are driven away with dried soy beans. According to legend, the beans can drive the demons blind. So celebration includes dancing demons who are driven away under a hail of beans after they bust their move. This special exorcism ritual is called mamemaki.

At home, a male member of the family throws the roasted beans either out the door, or at a family member dressed as an Oni, saying "Oni wa soto! Fuku wa uchi!" which translated is "Demons out, good luck in!" Another custom of Setsubun night is to stick grilled sardine heads on a holly branch over the entrance of one’s house. The strong smell of the sardine and the sharp holly thorns drives away evil spirits. 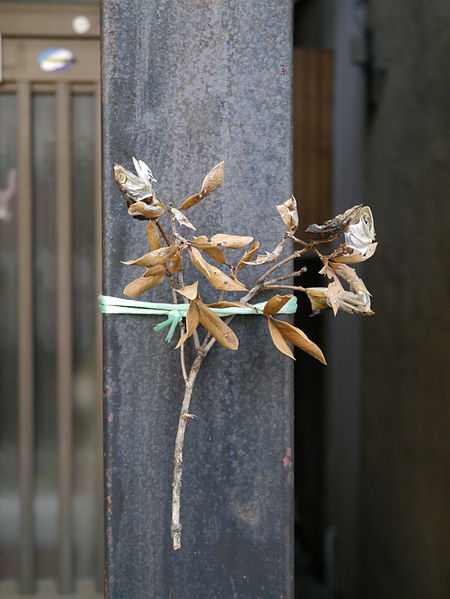 At Shinto shrines and Buddhist Temples, Priests and invited guests throw the beans (some wrapped in gold or silver foil) and other gifts—small envelopes of money, sweets, candies and more—to the congregation, who attempt to catch them. Some shrines host a ritual fire and people come to burn old amulets, papers or other personal possessions in a huge bonfire to cleanse and prepare for the new season. 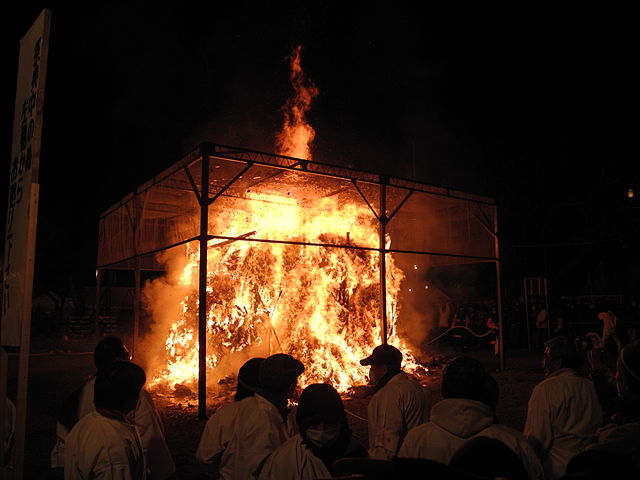 Shinto is the indigenous religion of Japan. The word translates as “Way of the Gods.” In 2017, the Fujinomori Shrine featured Taiko drumming as part of its Setsubun celebration:

Following are three phrases from this incredible drumming. Try learning each part, then playing them four times each in a cycle (So, AAAABBBBCCCC) as the Taiko drummers do with these phrases in the video!