This year the Dominican Republic celebrates 168 years of Independence. Having been colonized by Spain, and then invaded by French and Haitian troops, and has fought from the beginning until the 27th of February, 1844, when Dominicans (a word which means "Gods Sons") obtained their Independence.

In 1838 Founding Father Juan Pablo Duarte, with Francisco del Rosario Sánchez and Matías Ramón Mella created the La Trinitaria secret society to fight against Haitian repression to earn Independence. The three had been imprisoned in 1843 by the Haitian president who feared their revolutionary ideas, but after the Dominican Republic under his was attacked—by Haitians—he needed the help of “La Trinitaria” so he released them. Just as the Haitian Government was negotiating for military aid to protect themselves against the rebels, La Trinitaria declared Independence from Haiti. 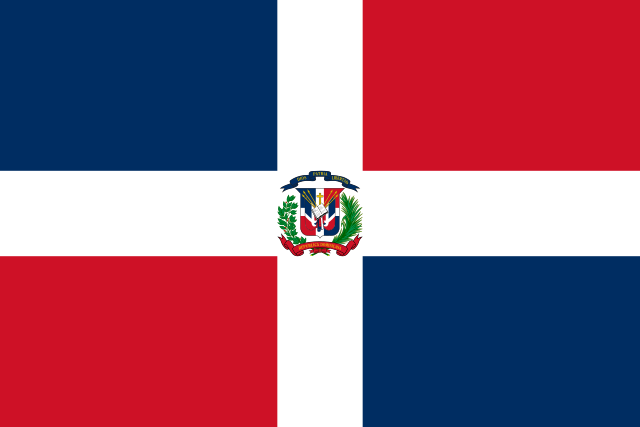 María Trinidad Sánchez, Francisco del Rosario Sánchez’s aunt,
designed the Flag of the Dominican Republic, including blue
for God’s blessings and red for the blood of the men who
liberated the country, and a white cross representing independence.
(Wikimedia Commons)

The shots fired that day to cries of cries of Dios, Patria y Libertad—God, Homeland and Freedom—proved the official declaration of the Dominican war of Independence. Pedro Santana, a wealthy rancher, along with hundreds of his employees, supported the rebellion, and served as General in the military. In March, his under-equipped Dominican army defeated a 30,000 man attack by Haitians. Four years later Dominican attacks on coastal Haitian towns forced Haiti to accept a one-year truce; battles continued though until 1855, when Dominican irregulars armed with swords routed Haitian troops on three fronts. Santana eventually became the Dominican Republic’s first President.

Independence day is celebrated with a traditional tribute to Duarte, Mella and Sanchez at the Puerta del Conde in Santo Domingo. The president makes a speech, and flags are hung from balconies or worn in a show of patriotism. There are of course also traditional dishes including mangu (plantain mash topped with red pickled onions) and bacalao (codfish stew with tomatoes, olives and chiles).

As Independence Day also falls during Dominican Carnival, there is plenty of additional entertainment as well. One of the masked Carnival figures is particularly relevant:

Diablo Cojuelo (Limping Devil): is the main character of the carnival. A tale on the island says that this devil was banished to earth because of his childish pranks. When he hit the earth he hurt his leg, causing him to limp. While most of the communities across the island represent this character in different ways, several common practices are the use of a mask, a satanic suit, sleigh bells, and a whip or "Vejiga" (an animal bladder filled with air) to hit people in the streets (other "Diablos"). A Dominican tale claims that the mask is meant to represent the Spaniards who came to the island and enslaved and whipped the natives.

For Independence Day in the Dominical Republic we are going to learn a couple parts of what could be called the national music of the country—Merengue.