In his autobiography, Miles Davis recalls the first time that 17-year-old Tony Williams played with his band:

"Man, just hearing that little motherfucker made me excited all over again. I could definitely hear right away that this was going to be one of the baddest motherfuckers who had ever played a set of drums." 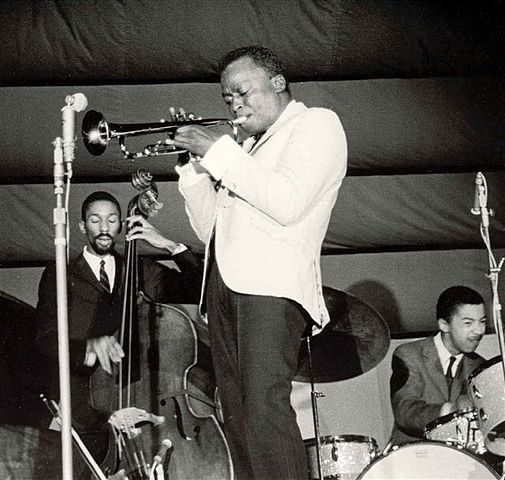 His role in Davis' Second Great Quintet made him a legend. Davis loved working with sidemen who weren't afraid to challenge him and Williams, with "dizzying ride-cymbal patterns, eruptive accents and radical tempo distortions," was up to the task. When he left Miles in 1969, he moved right into Jazz-Rock fusion, forming "Lifetime" with guitarist John McLaughlin and organist Larry Young.

He returned to acoustic jazz in the last decade of his life, always playing with uncompromised intensity.

"To me, not only was he a master technician, a master drummer, the innovator of the age, but also, he was a sound innovator. He had so many things that elevated the sound and the level of skill required to play this kind of music."

Tony Williams was inducted into the Modern Drummer Hall of Fame in 1986. He died young from an untimely heart attack in 1997. He is remembered for remaining innovative across genres, and for inspiring endless musicians with his intensity and his always evolving playing.

Here are some dunun-style phrases adapted from Tony Williams' playing on "Hittin' on 6":