As soon as I read the name of this holiday, I knew this was gonna be the one for February 21 because LANGUAGE MARTYRS. I had to know the story. 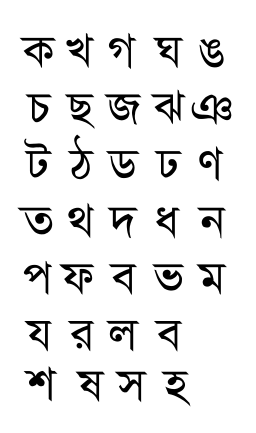 India was partitioned in 1947. East Bengal was part of the "Dominion of Pakistan," and was almost two-thirds Bengali. The same year a key resolution at a national education summit in Karachi advocated Urdu as the sole state language, and its exclusive use in media and n schools—effectively eliminating Bengali-language speakers from participation in pretty much everything.

Protests and opposition immediately arose, of course; students from Dhaka rallied under the leadership of Tamaddun Majlish, a Bengali Islamic cultural organisation. They demanded Bengali as an official language of the Dominion of Pakistan, but to no avail; the local government continued as planned to make everything Urdu, even currency notes and stamps; Bengali was to be removed even as a topic of study in the universities.

Outrage spread. On February 21, 1952, Bengali students in East Pakistan  protested against the Pakistani government for declaring Urdu the only national language. About 54% of the citizens were Bengali. In this protest students attempted to storm the East Bengal Legislative Assembly to demand the right to present their case. Police opened fire and killed a number of students. This started a city-wide strike—and still the government stonewalled.

It was not until May of 1954 that the constituent assembly  granted official status to Bengali as the second official language of Pakistan, and even so, the Bengali language was targeted again . . . and when the persecuted East Pakistani majority demanded to be be called Bangladesh, this led to the Bangladesh Liberation War.

UNESCO resolved to observe February as International Mother Language Day in 1999, adopting a draft resolution submitted by Bangladesh and co-sponsored and supported by 28 other countries.

Thus on this day we recall the sacrifices of the students who died to defend the Bengali language and culture for themselves and for the future generations. We will therefore play some phrases traditional to a uniquely Bengali drum.

The Dhak is a uniquely Bengali drum, a large bass drum played strapped on on the upward facing head with thin bamboo strips. It is a group orchestrated style. The time keeper plays a small gong suspended from one hand. They play a filled count, muffling the gong after the strike on every downbeat. The orchestration we are using is a ternary ostinato. Here is a link to one of the primary source videos I notated from. The kid with the bell looks hilariously over it by the end, and the guy with the plastic head gets slightly carried away with its snappiness, and you're gonna love it.