Photograph by Edward Steichen of Brâncuşi at his workshop
in Voulangis, France. (Public Domain/Wikimedia Commons)

How cool is it that Romania has a day set aside to commemorate an artist?

Constantin Brâncuși Day in Romania celebrates the accomplishments of this Romanian sculptor, painter and photographer. He is considered a pioneer of modernism and one of the most influential 20th C. sculptors.

As a child he displayed an aptitude for carving wooden farm tools. At just 18, he hand-crafted a violin of materials he found around his workplace. His talent for carving got him enrolled in the Craiova School of Arts and Crafts; he graduated with honors and enrolled in the Bucharest School of Fine Arts to study sculpture. His studies took him to Bucharest, then Munich, then to the École des Beaux-Arts in Paris, where he was welcomed by the community of artists and intellectuals brimming with new ideas.

He was there invited to enter the workshop of Auguste Rodin, whom he greatly admired, but he left the Rodin studio after two months saying, "Nothing can grow under big trees."

His art presents clean geometrical lines that use the forms inherent in his materials ro allude to rather than representationally reproduce his subjects. He sought inspiration in non-Western cultures as sources of the primitive, combining these with other influences from Romanian folk art, including Byzantine and Dionysian inspirations.

On numerous occasions his work was misunderstood as obscene. 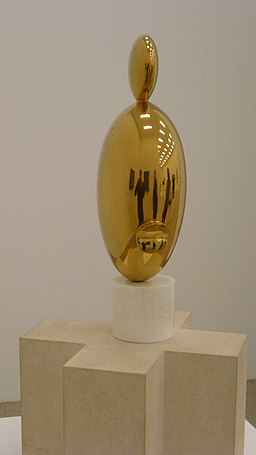 He always dressed as a simple Romanian peasants and his studio was similar to the peasant homes from his native region. There was a large rock slab as a table, a primitive fireplace and he carved his own wooden furniture. He cooked his own traditional Romanian food, and enjoyed feeding guests. He kept current on science  and was a good violinist, singing old Romanian folk songs.

He was outspoken on the topic of his art:

"There are idiots who define my work as abstract; yet what they call abstract is what is most realistic. What is real is not the appearance, but the idea, the essence of things."

In honor of this great artist and his love for his native Romanian culture, we will play several Romani Rhythms in the 9/8 odd time signature.